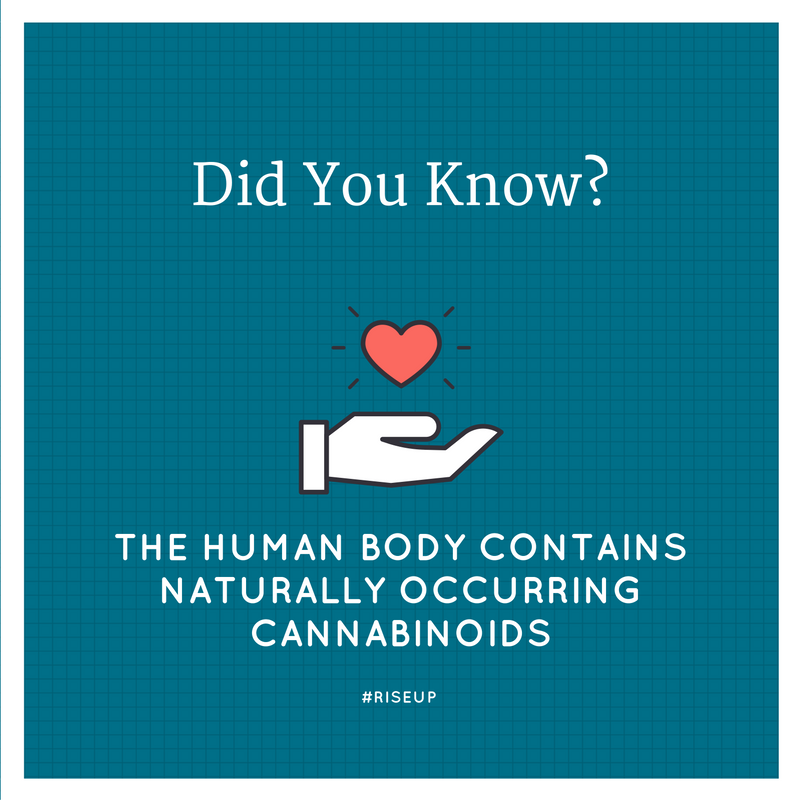 Hemp oil is becoming increasingly popular as people become familiar with the benefits it can provide your life.

Biochemists refer to the cannabinoids CBD (cannabidiol) as a negative modulator for THC. Meaning, CBD actually negates some of the psychoactive effects of THC.

Consuming CBD actually blocks some of your brain’s receptor sites that interact with cannabinoids, meaning that THC will begin to have a dramatically decreased effect on them.

Additionally, a 2011 review published in Current Drug Safety concludes that CBD “does not interfere with several psychomotor and psychological functions.” The authors add that several studies suggest that CBD is “well tolerated and safe” even at high doses.

Cannabinoids are naturally occurring chemical compounds found in plants like echinacea, flax, and of course, hemp. However, plants aren’t the only source of these wonderful phytonutrients.

Cannabinoids also exist naturally in the human body, within the Endocannabinoid system- a system which regulates proper functioning of your cells, and so much more. Cannabinoids can even be found in breast milk!

More to Hemp than its Cannabinoids:

We currently have a national fad happening around cannabinoids like CBD and THC. While these cannabinoids are extremely effective for a myriad of health situations, some of the other constituents of the hemp plant deserve recognition.

Emerging research in terpenes(compounds of essential oils found in plants) is determining that some of the desirable effects of consuming cannabinoids are related to the terpenes that are found in the extracts that contain the cannabinoids.

We are still in the infancy stages of understanding the brilliance of the hemp and cannabis plants. Speculation that a broad spectrum extract containing more of the essential oils, terpenes, omega fatty acids, and chlorophyll seems to be the future of the industry.

A future where producers allow the plant to determine its healing potential rather than a human.

The Necessity of Dosing Experimentation:

Hemp oil will affect each individual differently based upon their level of inflammation in the body, ability to produce naturally occurring cannabinoids, and absorption rate. If someone is in acute or chronic pain, they will require more than someone who is generally healthy.

The same guideline must be applied across the board. Self-experimentation and intuitive judgment are required to know what amount of hemp oil is necessary for any individual. A good starting place is 15mg of active ingredients and increase or decrease as needed.

Your body will build up a storage of cannabinoids in the body, which is unlike most chemicals. Unlike alcohol, which is usually absent from the bloodstream and body within 24-48 hours after ingestion, cannabinoids are fat soluble and may stay bound to the cells of the body for weeks.

While many companies are forging ahead with their decision to use the term “CBD” on their products, there remains legal debate whether this is a safe choice moving forward. CBD is still considered a Schedule 1 drug according to the DEA(Drug Enforcement Administration), yet it is legal on the state level in all 50 states.

To make things a bit more confusing, you will hear differing opinions about the current legalities surrounding CBD depending on whom you discuss it with. Some companies are making the decision to move forward in the industry by removing the term “CBD” from their products and marketing and using a term similar to “hemp oil or hemp extract”.

These products are essentially the same type of product as the ones that are being called “CBD”. In fact, they are more accurately named because a hemp extract containing CBD is going to have other cannabinoids and plant material present in the formula.

What You Need To Know Before You Buy CBD Online