* applies to bundled package only

When it comes to sex, performance produces satisfaction, right? Well, not so fast.

Sexual sensitivity is nuanced and part of a complex chain-reaction involving perception, state of mind, emotions, hormones, ageing, fitness, the nervous system and the brain. There’s a reason it’s called sexual chemistry. The mind-altering effects of TBH, the psychoactive compound of the cannabis plant, are often associated with negotiating this maze and reducing the inhibitions standing in the way of good sex. However, the positive effects of CBD alone on sexual satisfaction – without the high of an altered state – are gaining more recognition.

CBD addresses those barriers to feeling comfortable in your own skin that affect the quality of sex that follows.

A diminished sense of one’s own attractiveness, performance anxiety, physical pain, and of course stress are all instant killers of sex drive. Self-consciousness about the size, shape and smell of one’s body, not to mention its responses to arousal, can all be cues for embarrassment and anguish. In effect, a sense of sexual satisfaction begins even before you slip in between the sheets.

Let’s have a cursory look at the research before delving deeper.

A recent study by Standford University debunked the myth that marijuana impaired libido or sexual performance, with those surveyed revealing a 20 percent rise in frequency of sex among users aged between 25 and 45 from a sample size of 50,000 people. More specifically, a survey by Remedy Review questioned over 1000 people who had tried CBD to facilitate or enhance sex and found 68 percent said it improved their sexual experience, while 39 percent said it was “extremely effective”. A positive impact on mood and anxiety was reported by 64 percent of people.

It’s worth noting that 96 percent of respondents had not been aware of the sexual benefits of CBD beforehand and so had no preconceived ideas of its effectiveness.

Those findings stand in stark contrast to worldwide figures that show that 43 percent of women and 31 percent of men report some form of sexual dysfunction, though given the embarrassment that surrounds this topic, those figures could even be higher. The causes range from the physical (such as hormonal imbalance and physical pain during sex) to the psychological (such as anxiety, stress, depression, and sexual trauma). In reality, such demarcations mask an interplay of physical and mental factors.

The circumstantial evidence of CBD’s therapeutic value when it comes to sex is compelling. Cannabidiol bonds directly with a network of receptors in the body’s endocannabinoid system to produce a variety of positive effects including reducing stress, depression, anxiety, inflammation and pain. All these promote relaxation, muscle release and, by extension, an openness to the sexual experience. Indeed, many people report feeling more adventurous after using CBD.

“CBD oil can reduce sexual and negative self-images relating to one’s appearance or sexual appeal. Feeling less self-conscious about your body or your performance can help you to relax and enjoy the whole experience,”

Dr. Felice Gersh, an obstetrician and gynecologist based in Irvine, California, told HuffPost that CBD is effective at getting people out of their minds and into their bodies. “CBD oil can reduce sexual and negative self-images relating to one’s appearance or sexual appeal. Feeling less self-conscious about your body or your performance can help you to relax and enjoy the whole experience,” she said.

Sex and intimacy coach Xanet Pailet told Remedy Review: “Daily life stress, as well as anxiety related to performance, can kill your sex drive and create challenges in the bedroom. For women, orgasm happens at the intersection of high arousal and high relaxation, so the more relaxed you are, the easier it will be to experience pleasure.”

For men, CBD not only reduces the performance anxiety associated with premature ejaculation and impotence, but also repairs tissue damage and improves blood flow and sensitivity to the genitals.

By addressing both the physical and mental aspects of common sexual dysfunction, CBD is a natural enhancer of both sexual sensitivity and intimacy. Indeed, alleviating performance anxiety is one of the greatest gifts that CBD has to offer, for its capacity to throw open the pathways to spontaneous sexual expression and a willingness to be seen by your partner.

What is CBD Oil?

How To Buy CBD Oil Online 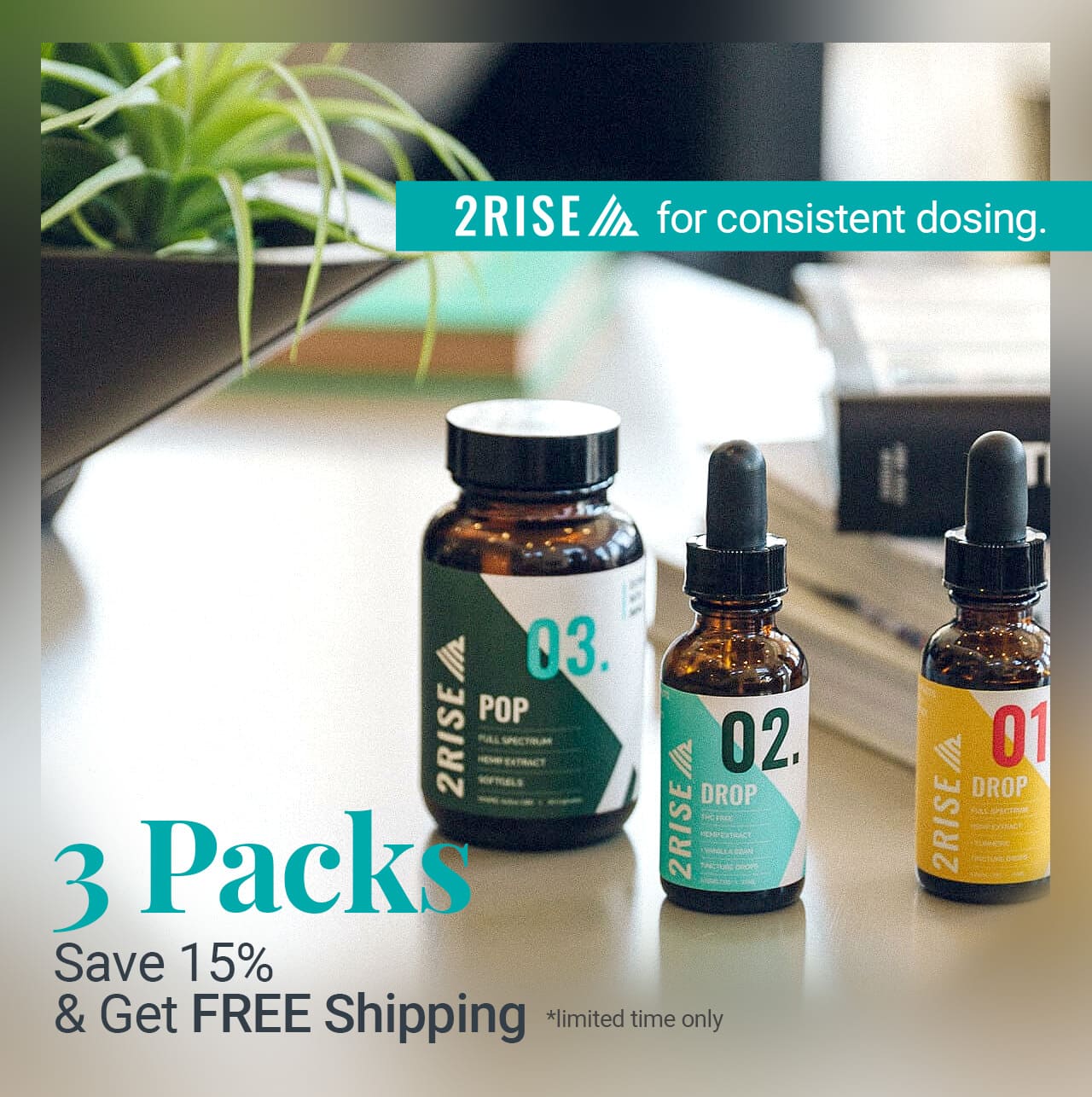 IMPORTANT: We are enjoying some R&R but still Accepting orders. We will resume shipping orders on 12/28 (Mon). Happy Holidays!

Heads Up! Shipping is delayed from 1/14 to 1/19. We apologize for any inconvenience.
Got it!
Welcome to 2Rise Naturals